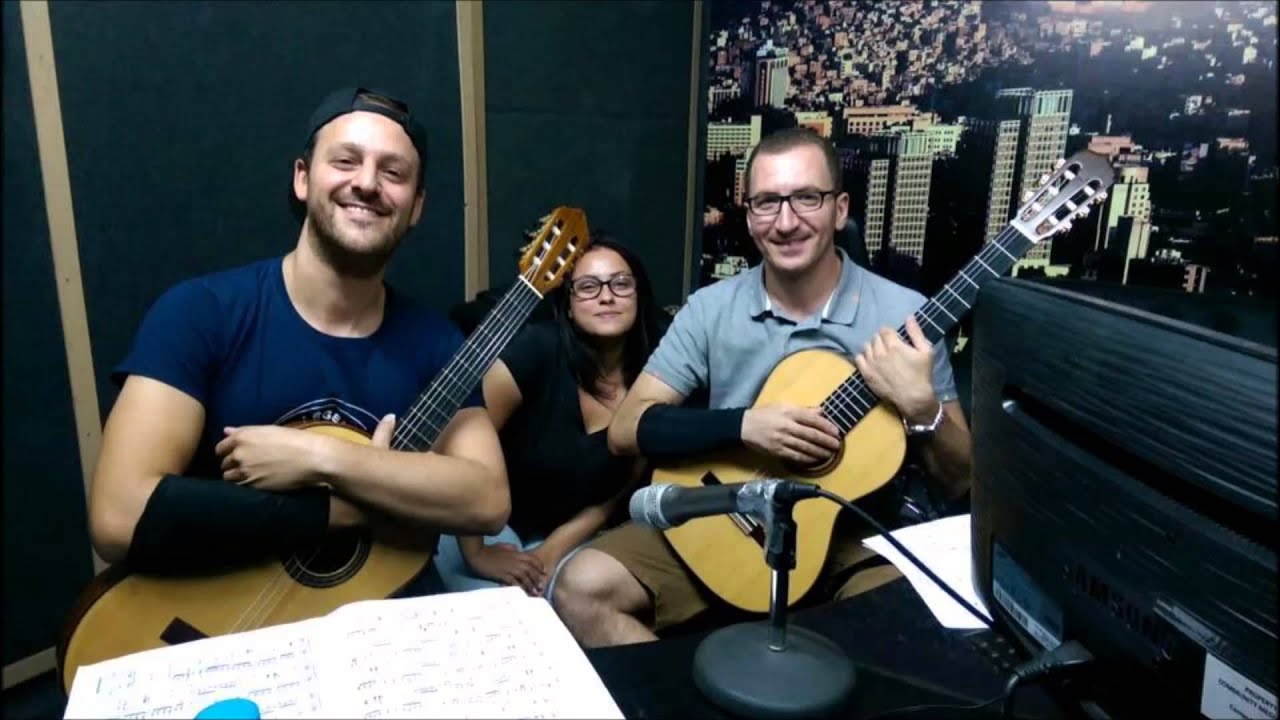 The first episode of the radio show Inas Fares celebrated "Eastern Tango" with Latin music, where musicians Tariq Harb and Ghassan Naji hosted. The program featured a number of musical pieces, as well as talks about her artistic career, Latin music, the origin of Tango music, and her home country between Uruguay and Argentina among local peasants. Tariq Harb, winner of the first prize and public selection prize in the Barrios competition, as well as the first prize in the Montreal International Classical Guitar Competition, and one of the most important classical guitarists of his generation. He described his play as "a smooth, thoughtful play, a guitarist to watch," said Dr. Gary Antonio.

He played war and performed guitar performances at various music festivals in North America, Europe, the Middle East and South America, with performances in prestigious venues such as the Oscar Peterson Hall in Montreal, Canada, and in the world-famous concert hall in Amsterdam, the Netherlands and the Opera House in Egypt. He holds a Ph.D. in Music Arts from the University of Toronto under the supervision of Dr. Jeffrey McFadden, a Masters Degree in Performance from McGill University, a Bachelor of Music Degree from Concordia University, and a Bachelor of Commerce degree.

Ghassan Naji holds a master's degree in energy engineering and management from the University of Jordan in addition to a bachelor's degree in electrical engineering. He studied music at the National Conservatory of Music and holds the Royal British Council of Music for Music Theory and Performance with distinction. He presented several solo and bilateral guitar performances . Naji played with the Amman Symphony Orchestra under the leadership of Maestro Mohamed Othman Siddiq as a key player. The famous Thomas Adagio presented a new concerto concert for the first time on the stage of the Roman Amphitheater in the heart of the capital Amman. He currently works as an electrical engineer, works as a teacher of music theories at the National Conservatory of Music, and leads the collective performance of guitarists at the Institute.